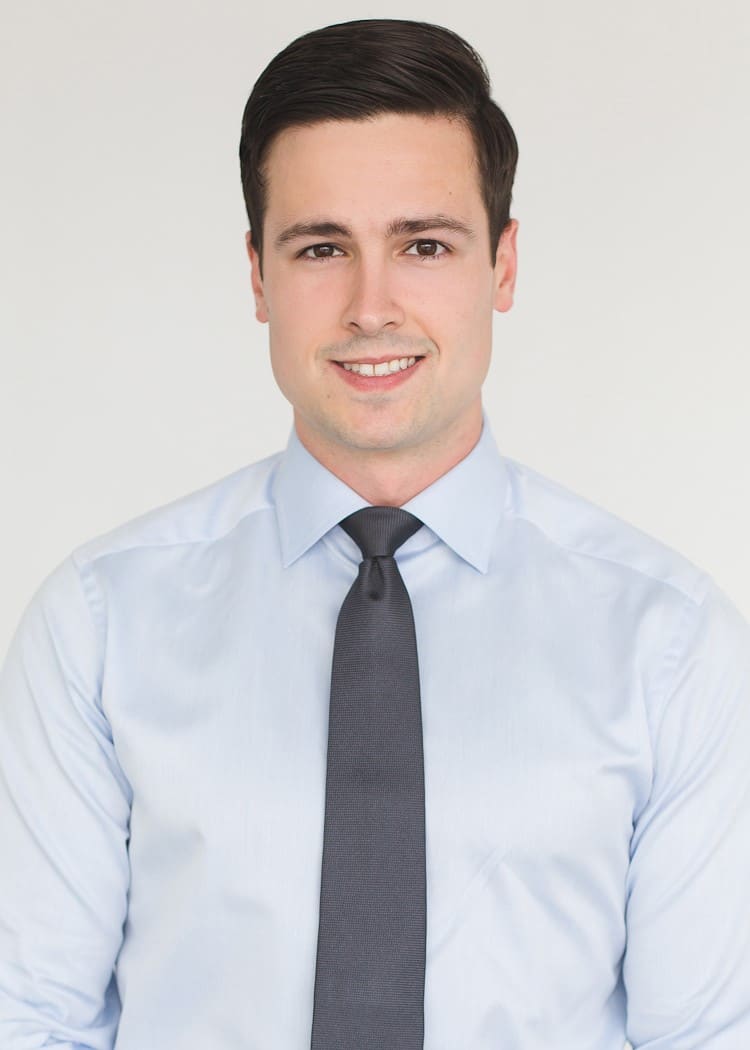 Samuel (Sam) A. Minaker, MD, MSc,FRCSC developed an interest in eyecare through his medical school training and was inspired after seeing patients be treated for vision threatening conditions.

He completed a Bachelor of Science in Chemistry with First-Class Honors at St. Francis Xavier University. His honors thesis was focused on the Synthesis of N-Hetrocyclic Carbene Diadducts & Diruthenium (II,III) Tetraacetate Based Polymers.

He then completed a Master of Science in Chemistry at the University of Victoria where his thesis focused on the Development of New Supramolecular Tools for Studying the Histone Code. This research led to a US Patent for a Method and Array for Identifying Histone-Code-Related Analytes, which he is co-inventor of.

He then went on to pursue medicine at the University of British Columbia. His research in medical school prospectively studied the use of transabdominal ultrasound by General Surgeons to improve the safety of laparoscopic port placement. During medical school he took on numerous leadership roles including representing the Vancouver Island Medical Program distributed site on the Medical Undergraduate Student Society, lobbying the provincial government to implement a more transparent and independent drug assessment procedure in British Columbia, and organizing events at the Canadian Cancer Society Relay for Life in Victoria. He then went on to pursue Ophthalmology Residency at the University of Toronto where he has won awards for his clinical performance including the Chan Award for Excellence in Pediatric Ophthalmology, the Gordon C. Kelly award for Excellence as a Junior Resident in Ophthalmology and was elected co-chief resident.

His research interests include assessing the color performance of the NGENUITY 3D visualization system, systematic reviews and meta-analyses of cytokines in various retinal diseases and remains a co-investigator in ongoing prospective trials studying pneumatic retinopexy at the University of Toronto. He has over 20 national and international conference presentations including podium and poster presentations at the ASRS, EURETINA, ARVO and COS meetings. Additionally, he has 12 peer reviewed publications. Throughout residency he has taken on several leadership roles on the University of Toronto Ophthalmology Resident Promotion Committee, University of Toronto Ophthalmology Canadian Resident Selection Committee, and on the Professional Association of Residents of Ontario General Council. During this time, he maintained a commitment to education by creating online educational modules for medical students and residents. He has also authored a Retina book chapter in the Toronto guide to clinical ophthalmology: for general physicians, residents and medical students, which has recently been introduced into the University of Toronto Medical School curriculum.

He was born and raised in Kitimat a town of 5,000 in northern British Columbia (about a 4-hour drive from Hyder Alaska) and has lived in communities as small as 200 only accessible by boat or helicopter which motivates him to make serving underserved and rural communities a part of his eventual practice.

In his free time, he enjoys golfing, weightlifting and travel.

Illinois Retina Associates and Rush University Medical Center, together, have been committed to the education of future retina specialists through the vitreoretinal fellowship program since 1987.