A 38-year-old male with hypertension and diabetes presented to clinic referred by an optometric colleague for evaluation of decreased vision and a hemorrhages of the left retina. He had noticed a sudden decrease in vision in the left eye more so than the right eye since last week. He was in the hospital the week prior due to uncontrolled high blood pressure (about 230/130). He just started taking medications for hypertension a few days prior to his retinal evaluation.

On exam, his vision was about 20/60 and IOP was 20 in the left eye. The right eye was 20/20 with an IOP of 19. Confrontation visual fields were full bilaterally. Anterior chambers were Deep and Quiet.  Evaluation of his posterior segment demonstrated both maculas having macular edema, hard exudates, and moderate dot/blot hemorrhages (DBHs) as well as cotton wool spots (CWSs). Below are his color fundus photo montages: 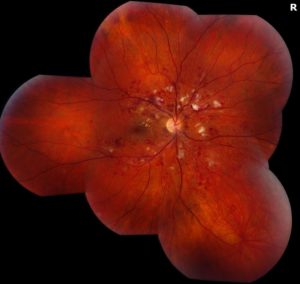 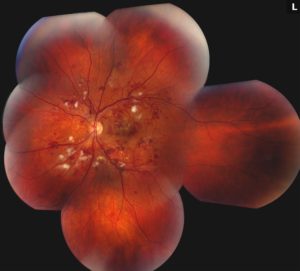 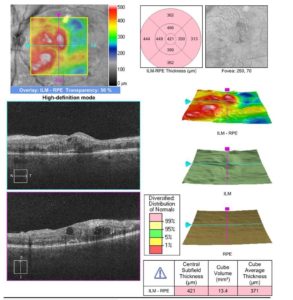 Finally, a fluorescein angiogram was performed in the office: 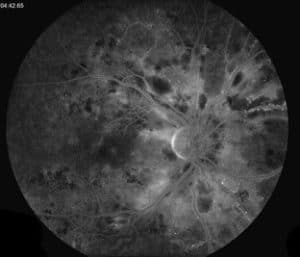 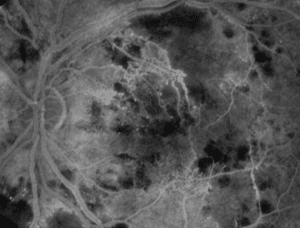 Figure 3. Fluorescein Angiogram of the both eyes showing prominent leakage in the perifoveal area. There was blocking corresponding to the intraretinal hemorrhages. There was decreased perfusion and capillary remodeling of the fovea and macula consistent with an ischemia secondary to his hypertension.

Given the patient’s extremely elevated blood pressure, he was diagnosed with hypertensive retinopathy with a component of retinal venous occlusion and macular edema. At that time, intravitreal anti-VEGF injections were recommended in both eyes due to the existence of significant macular edema of both eyes, extensive non-perfusion, and subretinal fluid. He was also encouraged to maintain close follow-up with his primary care physician for optimization of his blood pressure and diabetes.

The patient received a 2mg/0.05 ml injection of Aflibercept (Eylea®) intravitreally in both eyes. He was scheduled for a follow-up appointment and a repeat injection in 4-5 weeks. 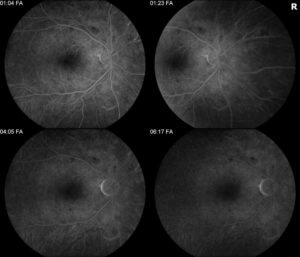 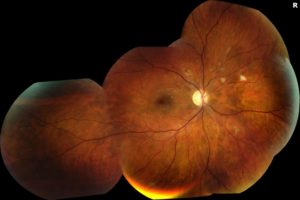 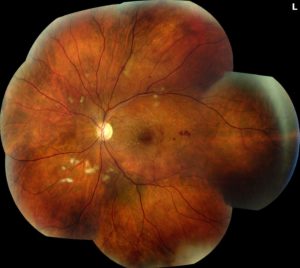 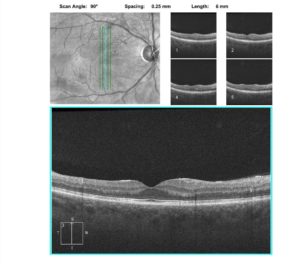 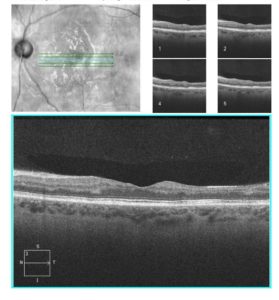