A 71-year-old woman was referred to Illinois Retina Associates after noticing a black film over her vision in her left eye for 4 days. There was no pain and over that time the vision has not been getting better or worse. There was no inciting incident.

Vision was 20/30 in the right eye and hand motion in the left eye. Pressures were 9mmHg in the right eye and 14mmHg in the left eye. The anterior segments were remarkable only for moderate cataracts which were symmetric. The right fundus was remarkable only for mild pigment changes (Figure 1). The left eye showed a large amount of subretinal blood involving the majority of the macula and extending into the superior retina (Figure 2). 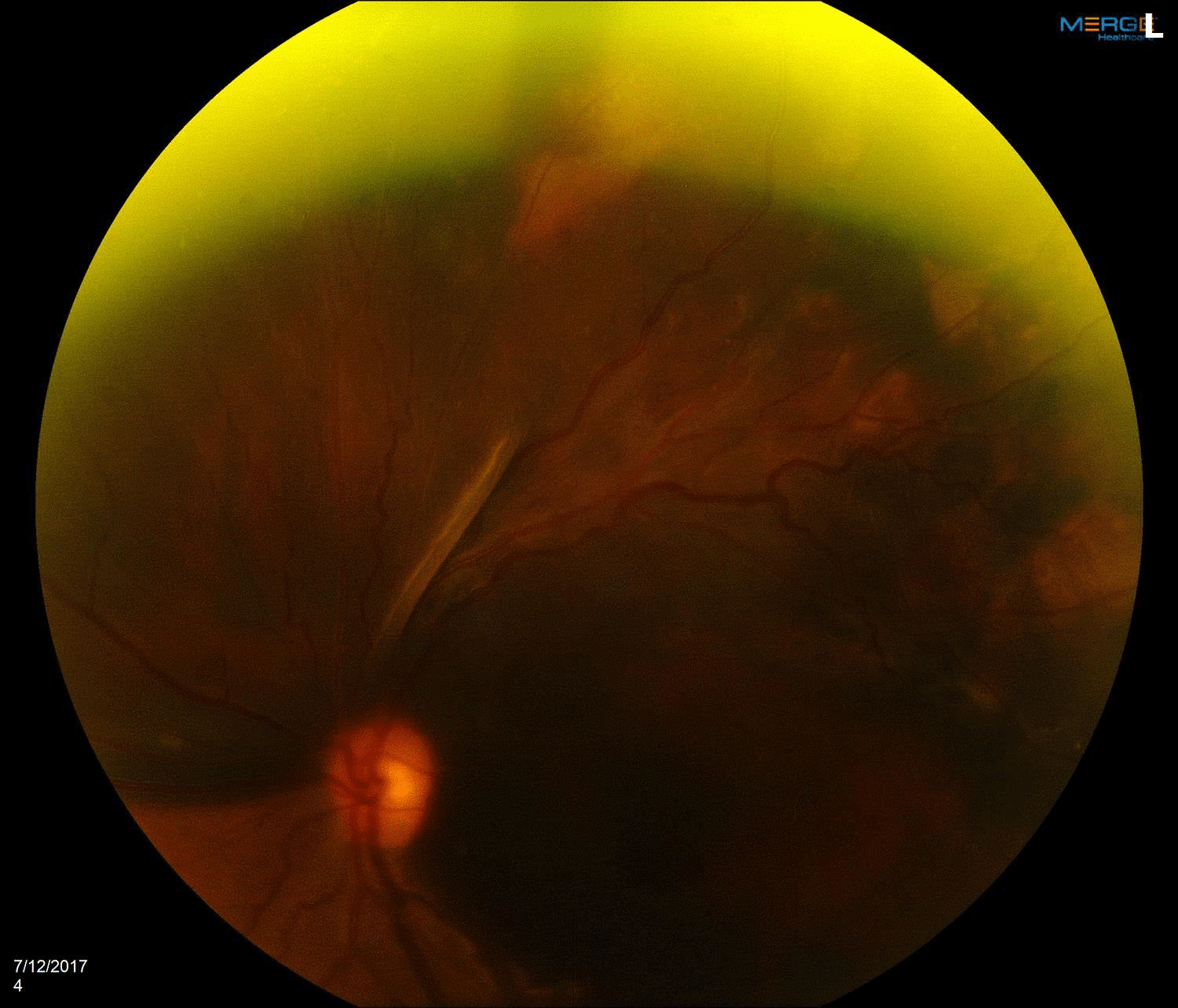 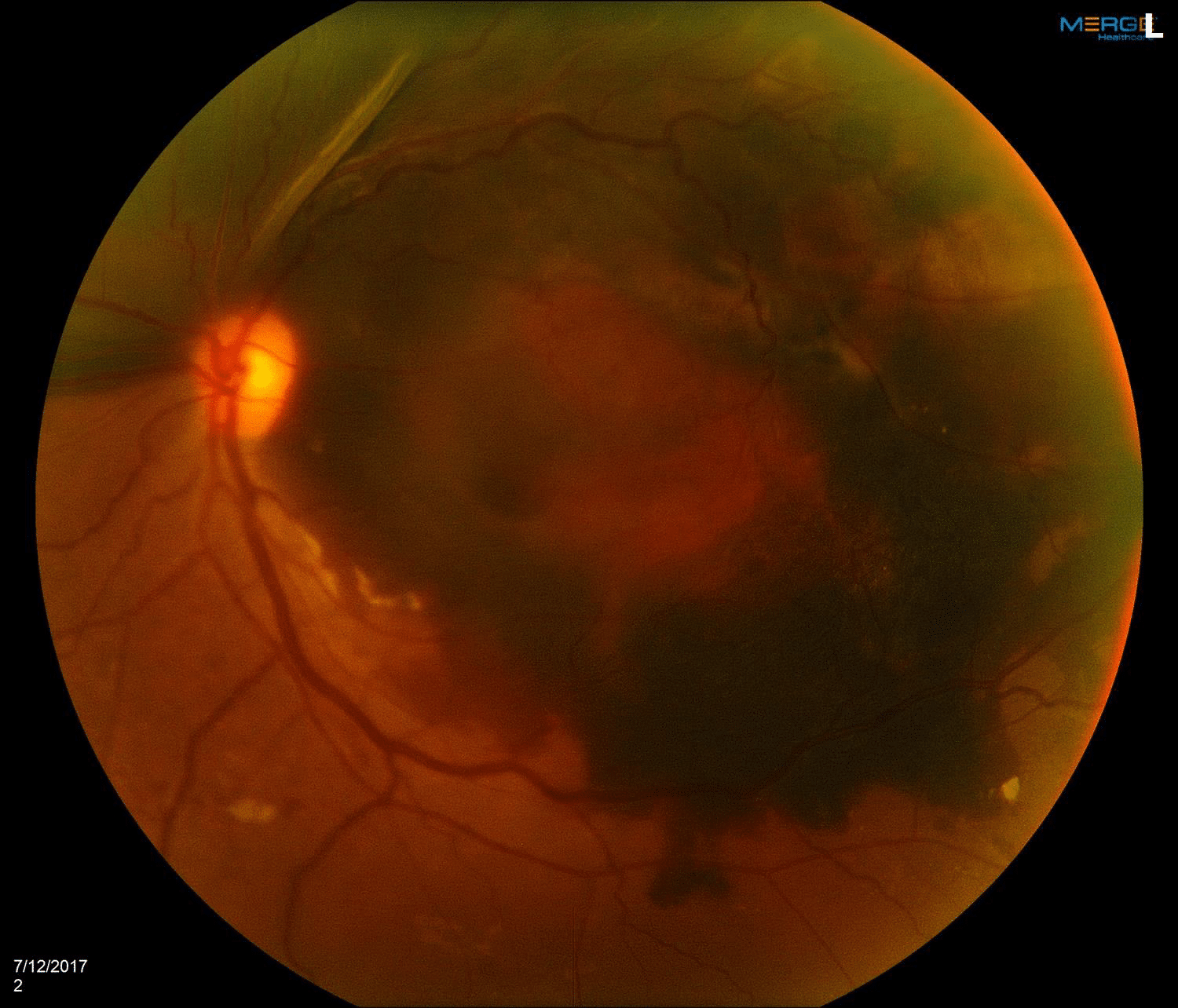 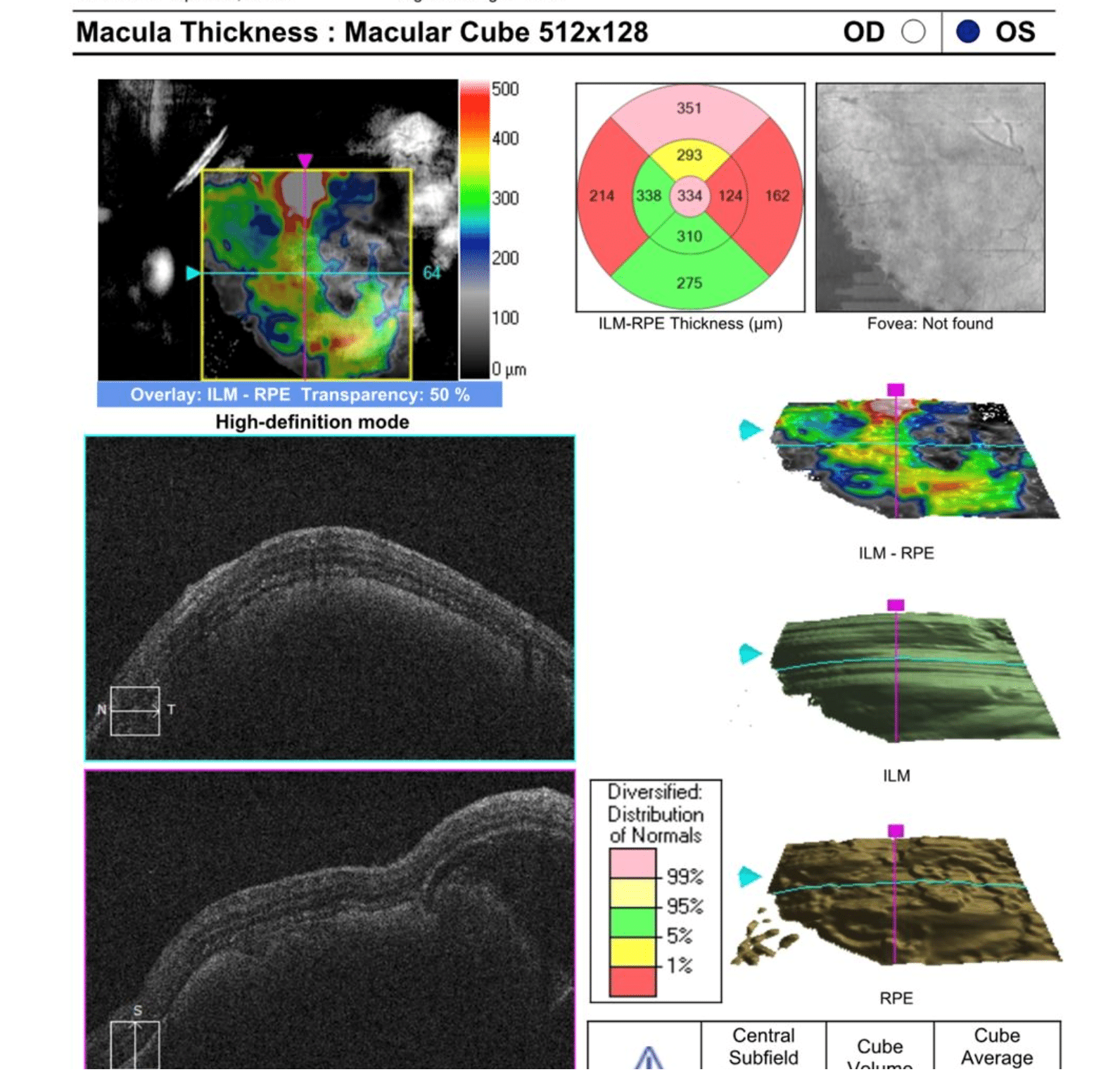 FA was confirmed drusen in the right eye and was notable for extensive blocking consistent with subretinal hemorrhage in the left eye (Figure 4).

The patient was diagnosed with a large submacular bleed, most likely due to polypoidal choroidal vasculopathy. The risks and benefits of surgical displacement of the blood vs treatment with anti-VEGFs were discussed. The patient elected to proceed with a vitrectomy, subretinal tissue plasminogen activator injection and air bubble placement to displace the large amount of submacular blood.

The patient did well after surgery. She received a series of anti-VEGF injections to treat the underlying bleed. Her best corrected vision recovered from hand motion to 20/50. The macular blood resolved as shown in Figure 5, although some subretinal fibrosis remains superiorly. 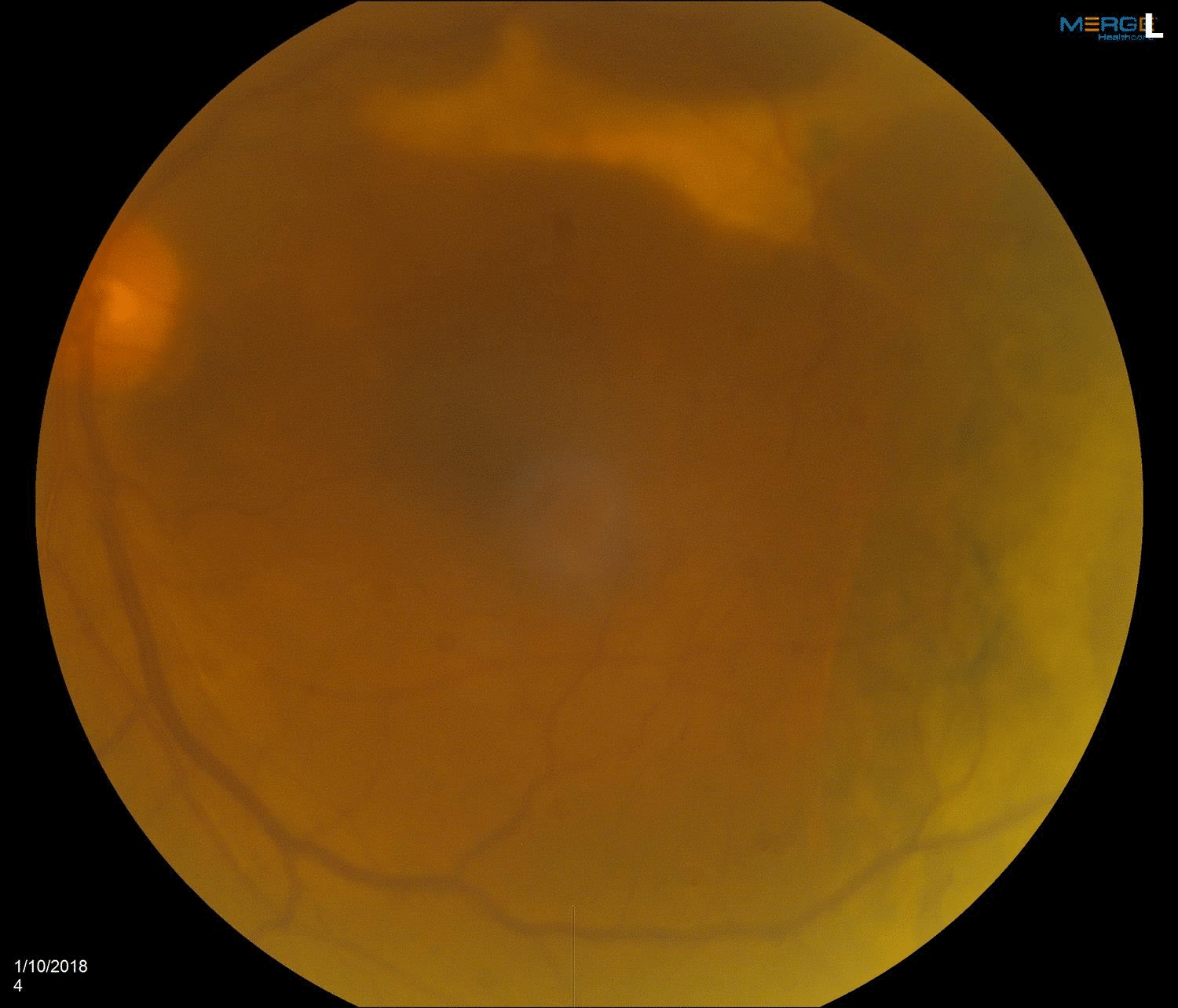 Although the mainstay for the treatment of subretinal bleed is treatment of the underlying cause, usually with anti-VEGF injections, there are a limited number of cases where displacement of a thick layer of submacular blood can be a useful adjunct for visual recovery. There are no strict criteria but subretinal blood that is at least twice as thick as the retina may be considered for displacement. A series of 100 of these surgeries had an 80% success rate at displacing the blood and found that post operative anti-VEGF helped patients achieve maximum visual potential.